My 10 year Linux journey: Windows to Linux, and not going back

Over the past 10 years, I have been able to use free and open source software to benefit my personal and work life, by using Linux I have gained an understanding of what it really is, and how it can be used to make a perfect server or desktop OS.

Starting in 2010 I really didn’t know much. I heard about Linux on various websites, podcasts, etc at the time.

I booted up a live CD of Ubuntu 10.04 LTS on an old computer I had. I was amazed, it was quick to boot and easy to use; this is when I was became hooked!

I wanted to learn more about Ubuntu, what was it? Were there other distributions around? Of course, but I tried a few others too but always stuck to a Debian based distro (not sure why, maybe it was the familiarity).

I built a mini-itx Nas, this was my first major project using a Linux OS. I had experience in building PCs already but this was also my first time building one based on the mini-itx form factor.

The specs weren’t the greatest, but it worked fine as a headless Nas. There is more info regarding the build in an old blog post here.

The main specs were:

The OS of choice this time was Ubuntu 12.04 LTS. This was the latest LTS release at the time. I was running the server headless so always interacted with it over SSH.

The main duties of/software installed on this server were:

I have found a few pictures of this server from my photo library: 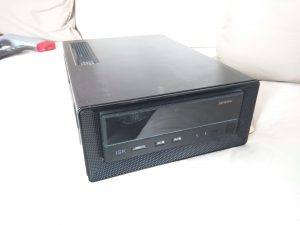 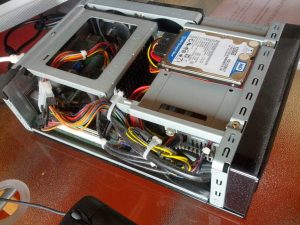 Starting my career as a Front-End web developer, meant I required to have somewhere to host websites for my portfolio.

I thought I should put the sills and experience I gained over the past few years to good use.

I began searching for web hosts, a lot were shared hosting which would have been fine, but these hosts would not give me much access (if any) access to the underlying OS.

This was when I can access Digital Ocean. Still a small start-up in 2015, they were only four years old.

I found their cheapest Droplet (essentially the same as a VPS) was $5 per month, and included:

More importantly, I could load my own OS and have full access via SSH.

Of course, I enabled Snapshots within the Digital Ocean control panel – always good to have regular backups.

This server became my main web server until 2018.

2016 was a big year, I upgraded my home server to a ‘beefy’ new server motherboard with Raid and ZFS. And bought a 6U rack mount case for some network switches.

A have an in-depth paper here describing some of the equipment, and how I installed Ethernet in my first home back in 2017.

I’ve long heard about how ZFS was the next big thing in the open source community as far back as 2011, mainly from Alan Jude, former co-host on the TechSnap podcast.

At the time, ZFS was mainly available on FreeBSD only, I decided to wait until it was available by default in Ubuntu.

With the new server I built, I created a Zpool, consisting of two mirrored WD Red 3TB drives.

I also decided to use LXC/LXD containers. These containers use the ZFS pool for their storage, which meant I could set ZFS quotas on these containers to limit their file system size.

This was the first time using ZFS and LXC, I really learnt a lot throughout this process, I produced a lot of documentation and created a script to easily create container backups. This can be seen here.

These are the main specs of the new server:

The main duties of this server were similar to the build I made in 2012, but now ‘containerised’ to help with security, backup and restoration:

Here is an image of this setup: 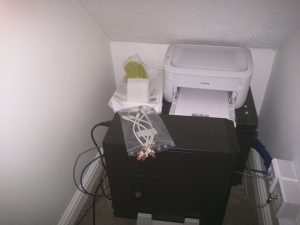 After learning a lot about ZFS and LXC containers when building a new home server in 2016, I found the Digital Ocean web server I setup in 2015 was getting low on resources, I was outgrowing the small amount of Memory and CPU.

Instead of just upgrading the droplet, I thought it would be better to take the plunge into running a new web server with ZFS and LXC containers; much like my home server.

OVH looked to be the best ‘big player’ offering a considerable amount of Memory for a low cost per month, they also had servers available in London, UK.

I purchased a years worth of hosting with their ‘VPS SSD 2’ package which consists of:

This was my first time using HAProxy. It took a while to get to setup correctly, as I also used LetsEncrypt via the proxy to generate SSL certificates.

I’ve been running this setup for a few years and has been working great, I’ve not had any issues.

In the same year, I purchased a new laptop.

It came with Windows 10, but that was quickly removed.

Around this time Pop!_OS had been making the ’rounds’ on new sites and YouTube videos for a little while.

I played around with a live USB of Pop!_OS already, and I really liked what I experienced, the OS is polished and quick. As a big Ubuntu user for many years, I still wanted to use it on my servers, but for a desktop OS, Pop offered a slightly better product.

I installed Pop!_OS on the new laptop, I had two drives (SSD and HDD) installed so it took a bit of tweaking to enable LUKs on boot encryption, but I finally managed to get it working perfectly.

Now the laptop works perfectly, much better than Windows ever could be. And Pop!_OS just keeps getting better. 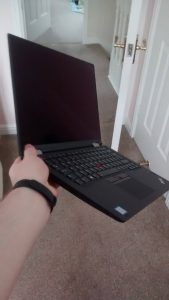 I started watching videos on YouTube by Lawrence Systems, some of my favourite videos were about PFSense, which is open source router software.

I built my own router by purchasing a low cost small-form factor Mini PC from AliExpress. The model I chose was a Qotom Mini PC. I added my own memory (4GB) and hard drive (16GB).

Installing PFSense from USB was seamless, and the network adaptors were immediately found. I ran through the installer, once completed I was able to login into the web interface straight away.

I do still have to use my ISP’s unit, but in Modem Mode only. PFSense then acts as the router and firewall, providing DHCP and DNS to my network.

I love the regular updates, the open source aspect is great, it gives me peace of mind that the software is secure.

You can read a separate blog post about the Qotom Mini-PC here. 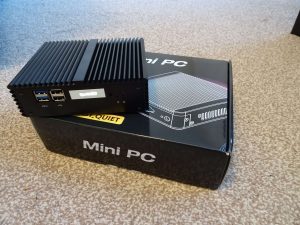 It has only been a few months into 2020. I have already made a few improvements to my PFSense router.

I have enabled OpenVPN setups for:

Overall these past 10 years have been great. I’ve learnt a lot, experienced what the open source community has to offer (I travelled to events such as OggCamp and WordCamp).

What will happen in the future, I’m not sure but I know the free and open source movement will still be going strong. 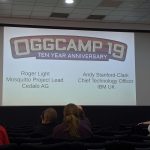 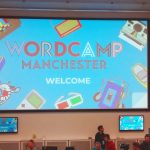